skip to main | skip to sidebar

Evidence of the existence of an ancient castle outside Nenagh and a leather shoe dating back one thousand years have been unearthed in the development of a new dual carriageway between the town and Limerick city.

As Ireland is now in the process of upgrading and constructing new roads, a wealth of archaeology is being unearthed by archaeologists who precede the construction work along the routes of the new roadways.

On the Nenagh Limerick project, evidence of the possible site of a “lost castle” outside Nenagh has been discovered. The castle is documented in the 1654-56 Civil Survey which refers to “the walls of a Castle out of repayre”. The evidence found to date indicates that excavations may have discovered remains and artefacts associated with this castle.

Archaeologists say that the shoe found in bog land during excavation works on the new route dates from the 10th to the 12th Centuries. The shoe is known as a turn-shoe because it was made inside-out and then turned around for wearing. The style is of a fashion introduced to Ireland during the early medieval period.

Archaeologists believe that the owner was either a native wearing the latest in fashion crossing the bog and losing his/her shoe or a newly arrived settler, possibly an Anglo-Norman.

If the shoe fits, wear it ..
Fascinating stuff Joe. I was thinking the shoe would make a nice fashion statement.

this is so cool joe......absolutely bog worthy...oops I mean blog worthy..

actually joe...I really did enjoy reading this post...it reminded me of the things we saw at the Pompeii exhibit when you were here..

I think this is really net. I ended up doing a lot of reading on Turn Shoes. Thanks!

Hi Joe,
That picture is priceless! My imagination went crazy imagining the person so long ago. Thanks

Next Trip To USA 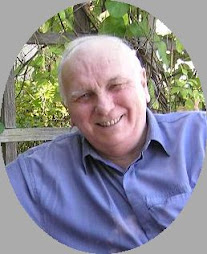 Life Is Good
Nenagh, Co.Tipperary, Ireland
I am a semi retired accountant. I was born near Cashel, Co. Tipperary and I have lived in Nenagh for the past 40 years. I am 68 years young and have been widowed for the past nine years. Since I became semi retired in early 2005 following heart surgery, I have discovered the Internet and have been lucky to make many new friends through that medium. I have also found a new interest in travel and have visited America twice (taking in 16 states) in 2006 and I am in the process of planning another trip there in June 2008.